Oil and Gas Research for Lizards

Oil and Gas Research for Lizards

The dunes sagebrush lizard is a small spiny lizard that inhabits shinnery oak sand dunes in parts of eastern New Mexico and west Texas. The species has been under consideration for listing under the Endangered Species Act since 1982, because that part of the country has long been the focus of oil and gas development that destroys and fragments habitat. Most recently, the Fish and Wildlife Service proposed to list the species as endangered, but that proposal was withdrawn in 2012, in large part because of voluntary conservation agreements in both New Mexico and Texas. Read more here to learn about a spatial analysis of the effectiveness of these agreements! 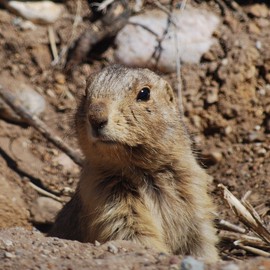 As the previous Conservation GIS Scientist in the Center for Conservation Innovation, Matthew provided mapping and spatial analysis services and support throughout Defenders.