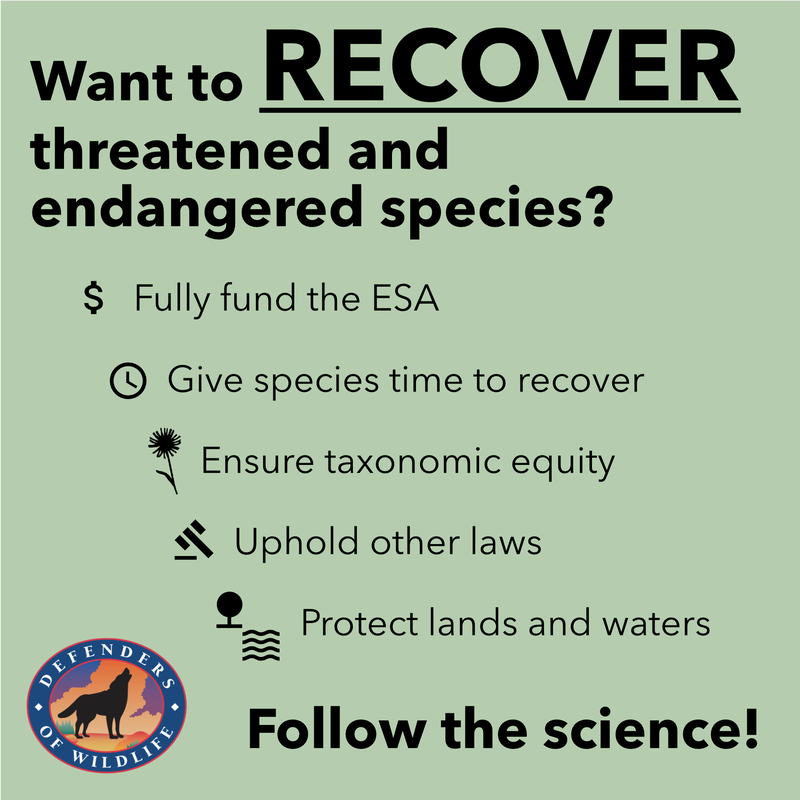 Benchmark for the ESA: Having a Backbone is Good for Recovery

Benchmark for the ESA: Having a Backbone is Good for Recovery

To combat the extinction crisis, we need to identify strategies that ensure the long-term protection of imperiled species, such as the United States Endangered Species Act (ESA). To determine the aspects of the ESA associated with recovery - the long-term conservation of a listed species so that it is removed from the list - federal delisting documents were reviewed for recovered species and patterns in types of species, history of threats, policy, funding, and actions that have led to species recovery were quantified and described. Compared to species still listed, the average recovered species was more likely a vertebrate, had been listed for approximately three decades, was exposed to a lower number of threats at the time of listing, and received relatively higher levels of funding. The data indicate five strategies are key to improving species recovery: 1. fully fund the ESA, 2. provide ample time for recovery, 3. ensure equity among taxonomic groups, 4. maintain other laws and policies that facilitate recovery, and 5. increase the area of protected lands and waters, including with private landowner agreements.