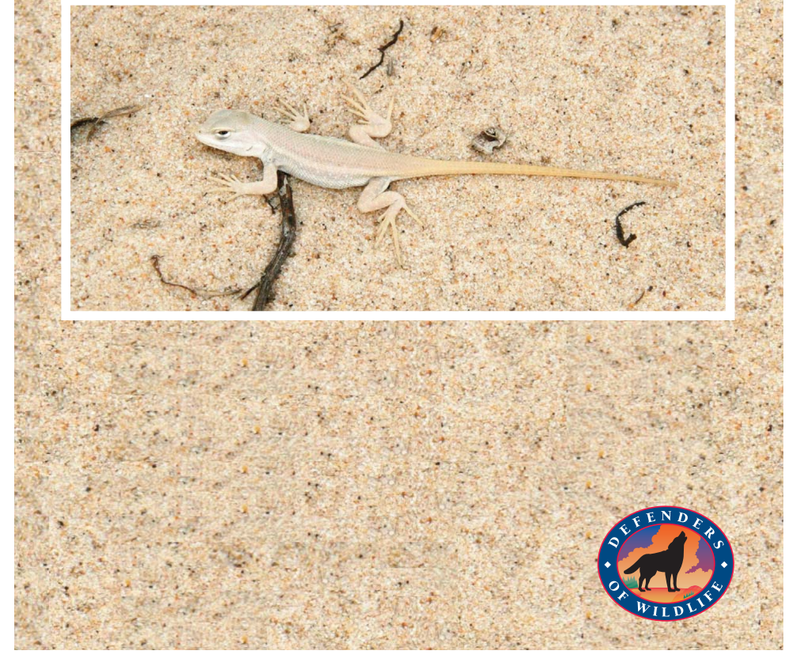 The dunes sagebrush lizard (Sceloporus arenicolus; hereafter, DSL) is a narrow-ranging habitat specialist that lives in irreplaceable shinnery oak sand dune habitat in parts of southeastern New Mexico and West Texas. The species is currently in danger of extinction (endangered species) or is likely to become an endangered species in the foreseeable future (threatened species) throughout all or a significant portion of its range. The species is affected or will be affected across its entire range by three threat factors recognized in the Endangered Species Act (ESA) that are outlined in the following listing petition put forth by The Center for Biological Diversity and Defenders of Wildlife.

As the previous Director in the Center for Conservation Innovation at Defenders, Jacob led CCI’s work at the intersection of science, technology, and policy to improve conservation outcomes, especially for threatened and endangered species.