In honor of American Wetlands Month, we’re highlighting our brand new storymap on the Wetlands of California’s central valley. Wetlands support an astounding number and diversity of species. Across the U.S., over one-third of threatened and endangered species live exclusively in wetlands and almost half of all listed species depend on wetlands for at least part of their lives. Check out the map to learn more: http://dfnd.us/CAwetlandsmap 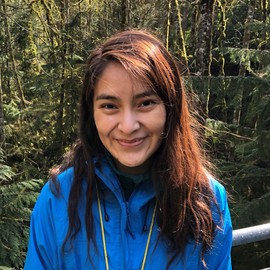 As the Coordinator for the Center for Conservation Innovation at Defenders, Naanibah assists with program work and provides support to the CCI team.