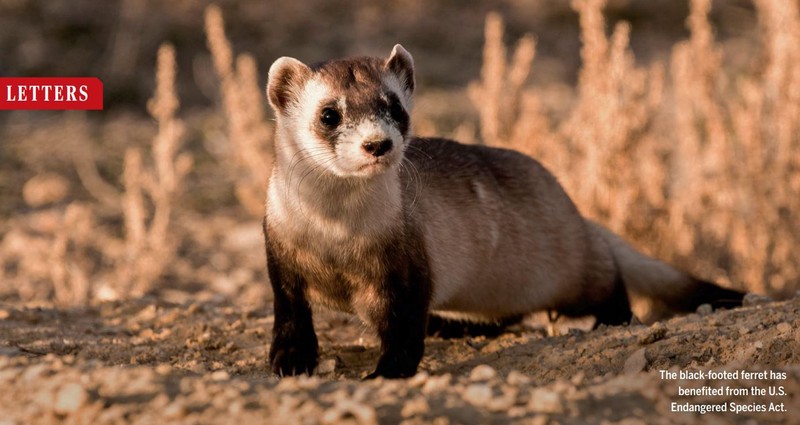 Solve the biodiversity crisis with funding

Solve the biodiversity crisis with funding

The recent Intergovernmental Science-Policy Platform on Biodiversity and Ecosystem Services (IPBES) Global Assessment (1) is the most comprehensive synthesis of the status and trends of biodiversity to date, and it offers a bleak outlook: up to 1 million species at risk of extinction, with tangible harm for human societies. The U.S. Endangered Species Act (ESA) is widely considered the strongest law in the world for conserving imperiled wildlife (2), protecting species from extinction and providing tools for species recovery. Successes of the ESA are well documented, placing species like the California condor, black-footed ferret, and snail darter on the path to recovery (3). However, decades of severe underfunding have prevented the ESA from achieving its potential. While the vast majority of listed species are still with us today, upwards of half of listed species have not progressed towards recovery (3, 4). Data also show that less than 25% of the funding needed just for species recovery has been provided overall (5). The U.S. Fish and Wildlife Service, a lead agency for ESA implementation, receives less than half of the $486 million that it needs each year (6). And although conserving listed species should be a shared effort, expenditures by other federal agencies are inadequate, and states have provided an average of just 5% of total funds (7). As scientists (8), we call on the U.S. Congress to fully fund wildlife conservation programs to protect biodiversity from severe and growing threats. The effort to conserve threatened and endangered species must be prioritized to protect our national heritage and safeguard human well-being. In light of the unprecedented global biodiversity crisis identified by the IPBES, we urge the United States to join governments around the world in immediate action. The data are clear and consistent: Our leaders must invest today to protect biodiversity in perpetuity.