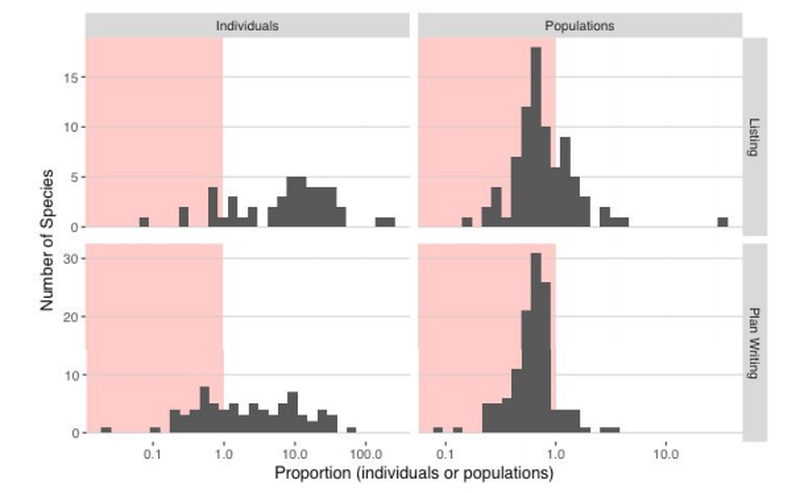 The U.S. Endangered Species Act (ESA) is widely considered the strongest biodiversity conservation law in the world. Part of its strength comes from the mandate to use the best available science to make decisions under the law, including whether to list a species, setting the criteria for when a species can be considered recovered, and determining when those criteria have been met and a species can be delisted. Both biological status and threat factors are considered at each stage of the listing and delisting process. In most cases, conservation science would suggest that species at risk enough to be listed under the Act should be more abundant and secure at delisting than they were at listing. Surprisingly, we identified 130 ESA-listed species that the U.S. Fish and Wildlife Service could consider recovered with fewer populations or individuals than existed at the time of listing. We ask whether their ESA recovery plans present scientific data, rationale, or evidence to support a decline in abundance as part of recovery. We find that almost no plan clearly explains why a decline is allowed. Fewer than half of the plans provide scientific support for a decline in the form of literature references or modeling results. We recommend that the U.S. Fish and Wildlife Service and the National Marine Fisheries Service create a decision support system to inform when species can decline in abundance and still recover, including guidance on (a) the need to explicitly address the declines and (b) the science used to support the decisions. 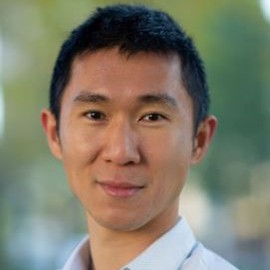 Previous Director of the Center for Conservation Innovation

As the previous Director in the Center for Conservation Innovation, Ya-Wei (Jake) oversaw the development of CCI and guided CCI’s work on improving endangered species conservation in the U.S.