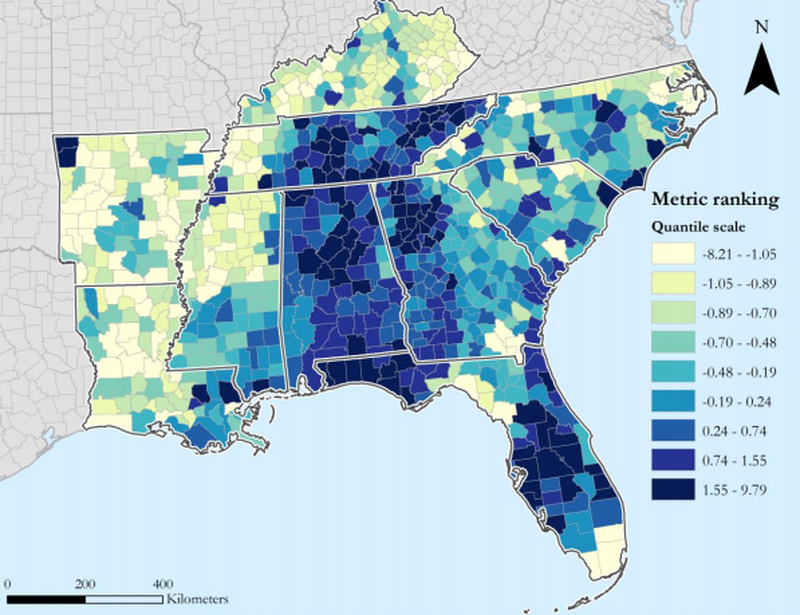 Imperiled species are threatened by a variety of factors, many of which stem from human population growth and concomitant habitat loss. The biodiversity of the Southeastern United States is of particular concern because of the combination of the high number of imperiled species and high projected human population growth in the coming decades. Conservation planning for imperiled species requires identifying the areas where efforts are most likely to avert extinction, but determining those areas is challenging because planners must consider many variables that may affect species. Here we address that challenge by ranking each of the 875 counties of the Southeast using a score that combines the number of species listed under the Endangered Species Act, projected population growth through 2040, and the area of currently protected land. The analysis reveals that the counties surrounding some of the Southeast’s largest cities-including Orlando, Atlanta, and Charlotte-have the highest scores because of the combination of many listed species, high projected growth, and limited protected lands. Some areas that are currently less-developed than the big cities, such as most counties in Alabama and Tennessee, are also of high concern because they harbor a large number of listed species. In contrast, most counties in Louisiana, Arkansas, and Kentucky are of the least concern. Beyond the Southeast, future research can easily adapt this study’s methodology to inform conservation planning for imperiled species in other regions. 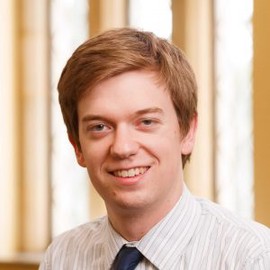