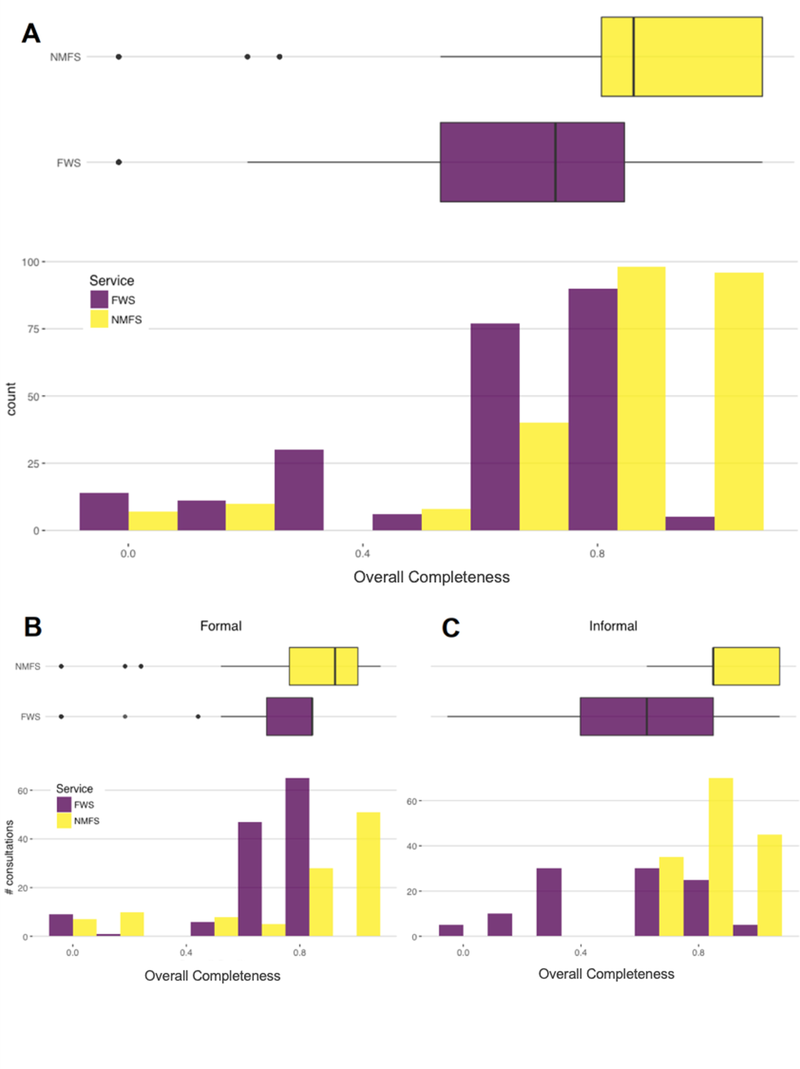 Evaluating how wildlife conservation laws are implemented is critical for safeguarding biodiversity. Two agencies, the U.S. Fish and Wildlife Service and National Marine Fisheries Service (FWS and NMFS; Services collectively), are responsible for implementing the U.S. Endangered Species Act (ESA), which requires federal protection for threatened and endangered species. FWS and NMFS’ comparable role for terrestrial and marine taxa, respectively, provides the opportunity to examine how implementation of the same law varies between agencies. We analyzed how the Services implement a core component of the ESA, section 7 consultations, by objectively assessing the contents of >120 consultations on sea turtle species against the requirements in the Services’ consultation handbook, supplemented with in-person observations from Service biologists. Our results showed that NMFS consultations were 1.40 times as likely to have higher completeness scores than FWS consultations given the standard in the handbook. Consultations tiered from an FWS programmatic consultation inherited higher quality scores of generally more thorough programmatic consultations, indicating that programmatic consultations could increase the quality of consultations while improving efficiency. Both agencies commonly neglected to account for the effects of previous consultations and the potential for compounded effects on species. From these results, we recommend actions that can improve quality of consultation, including the use of a single database to track and integrate previously authorized harm in new analyses and the careful but more widespread use of programmatic consultations. Our study reveals several critical shortfalls in the current process of conducting ESA section 7 consultations that the Services could address to better safeguard North America’s most imperiled species. 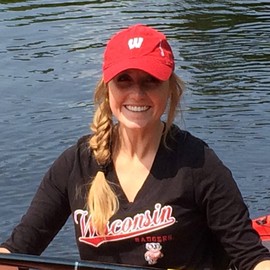