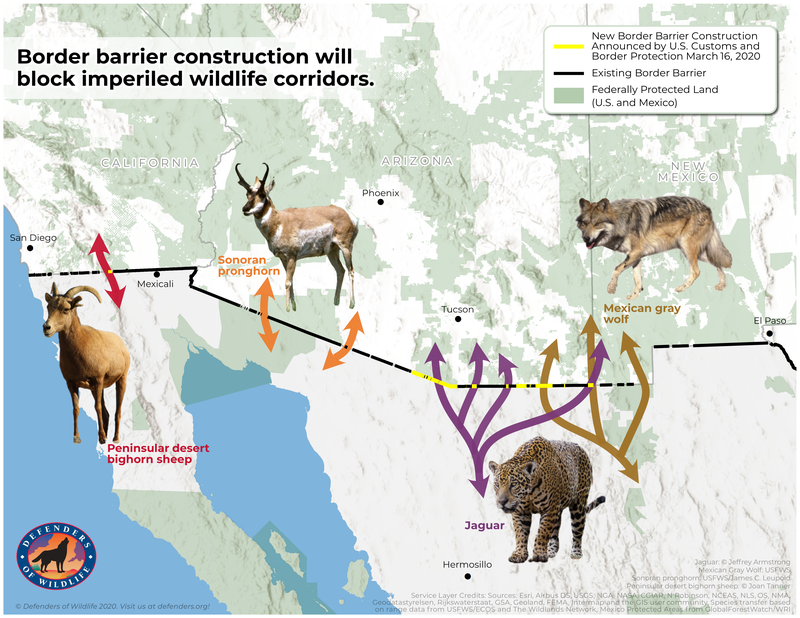 Impacts to Wildlife Along the U.S.-Mexico Border: March 2020 Waivers

Impacts to Wildlife Along the U.S.-Mexico Border: March 2020 Waivers

The Trump Administration has continued to advance work on the border wall between the U.S. and Mexico. In March 2020, the Department of Homeland Security (DHS) formally announced waivers for new sections of wall along the southern borders of California, Arizona, and New Mexico. Here we map those waivers (including later adjustments made to the El Centro sector) and show their locations relative to public lands and key areas in which wildlife cross the border in search of food, mates, or other suitable habitat.

As the previous Conservation GIS Analyst in the Center for Conservation Innovation, Mae provided support and leadership for geospatial product development across Defenders.